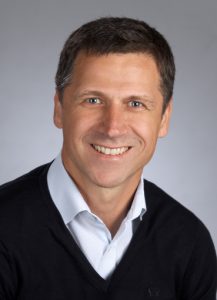 As of January 1, 2017, Mr. Christian Kapsamer, formerly of Husky Injection Molding Systems, will join Agr International as the Regional Director, Agr Northwestern Europe.  In this role, Mr. Kapsamer will head a newly established regional sales territory that was created to address continued growth and increased demand for Agr products in North and Western Europe.  This new region includes Austria, Belgium, Germany, Netherlands, the Nordic countries and some of the surrounding areas.   According to Mr. Robert Cowden, Agr’s Chief Operating Officer, “the addition of Mr. Kapsamer to our European team is intended to bolster AGR’s commitment to the continent and grow the Agr franchise to its fullest potential.”

Mr. Kapsamer brings with him over 30 years of experience in the container manufacturing and beverage packaging industry.  Prior to accepting the position at Agr, he held management positions with several major packaging equipment manufacturers including Husky Injection Molding Systems GmbH, where he held a number of senior positions over the last 10 years. Most recently, he held the position of Director Beverage Closures EMEA & SAARC for Husky. In that role, he was instrumental in growing Husky’s beverage closure business and expanding it throughout EMEA & SAARC countries. In addition to his role at Husky, Mr. Kapsamer has been a frequent speaker at packaging forums and conferences throughout Europe.

Mr. Kapsamer will bring a wealth of knowledge and experience to the region for Agr, especially on the PET side of the business.  In addition to supporting Agr’s long-standing relationship with glass container producers, Mr. Kapsamer is uniquely positioned to expand Agr’s role with the rapidly growing beverage industry and the self-manufacture of PET bottles within that segment.  Agr Northwestern Europe, with Mr. Kapsamer at the helm, will be well positioned to support the quality and process management needs of the industry within this region.